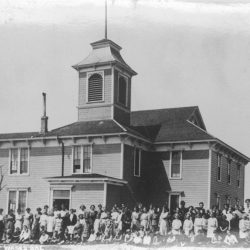 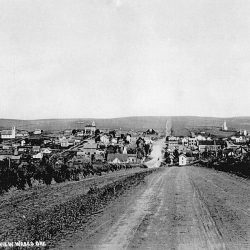 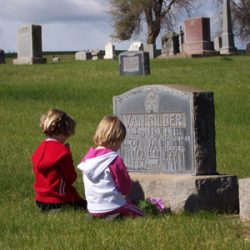 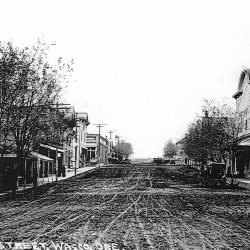 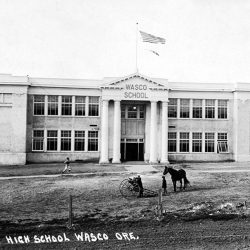 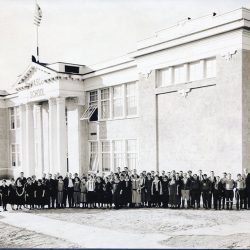 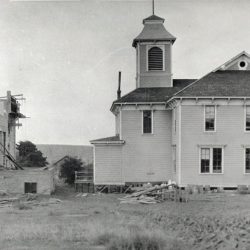 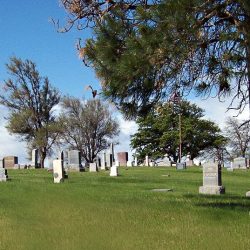 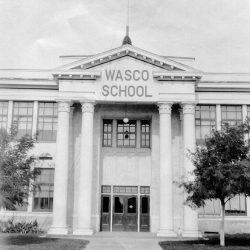 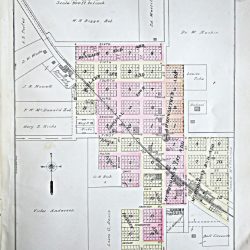 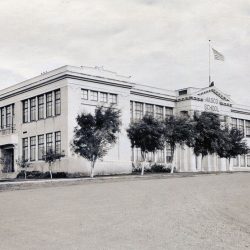 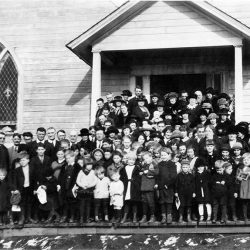 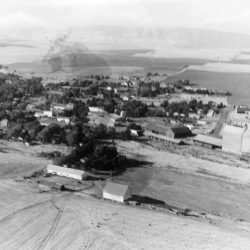 Wasco bears the name of Sherman County’s parent county and an eastern Chinook tribe called Wascopum or Wascopam on the S side of the Columbia River near The Dalles. The name Wasco comes from a native word, wacqlo, a cup or small bowl of horn, reference to a cup-shaped rock a short distance from the main village, and from the tribal name, Galasq’o – those that have the cup. The Wasco tribe belonged to the upstream branch of the Chinookan linguistic stock, their closest relatives being the Wishram on the opposite side of the Columbia River. Fishing stations were located up and down the river. The 1910 census reported 242 Wasco Indians; the US Office of Indian Affairs counted 227 in 1937.

In 1880, Wilson M. Barnett, pioneer merchant and banker, had a little store on his Spanish Hollow homestead N of town near Eaton’s which he moved to Dunlap’s ground at Wasco in 1882.

Jesse Eaton was Wasco’s first postmaster at the head of Spanish Hollow 1.5 miles N of town, established in 1870, at Eaton’s post stop on the stage line. The name was made officially Wasco and the post office moved to the Wilson M. Barnett store on his homestead N of town near Eaton’s place, and then to his store in Wasco in 1888.

In 1898 the postmistress was Mrs. Mary Jory who settled on 160 acres. In 1900 the post office was moved into a building where the City Hall and library are located and William Henrichs was postmaster. Others serving in this capacity include: Clark Dunlap 1902, W.E. Tate 1903, and Harold White 1935, then the office was moved into the former Barnett Bank. In 1962 it was moved into the O’Meara building where it was in 1982. Harold Engberg was named postmaster in 1965, followed by John Annis in 1977 and Doris Nisbet in 1980. In 1982 a post office in Wasco had served the public for 100 years. ~Wasco and Sherman County Directory 1898; Bea Richelderfer; SCJ, 25 March 1982.

Mr. McKee had his own formula at McKee’s Drug Store in Wasco – and made Magic Lotion which Wasco women and girls used to keep their hands soft. – Gladys (Morrow) Laidlaw (1901-2000)