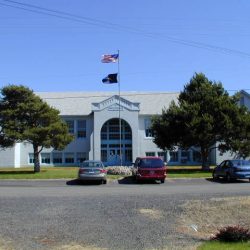 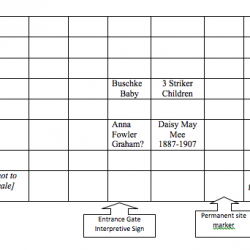 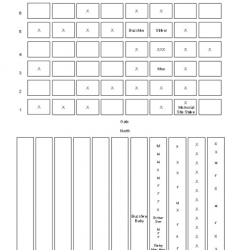 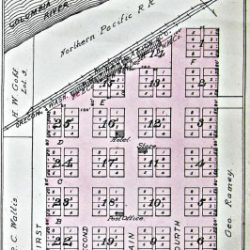 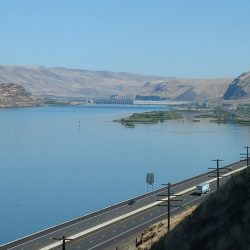 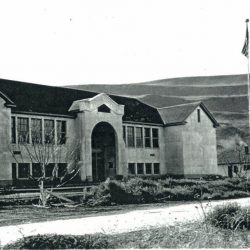 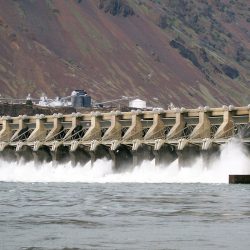 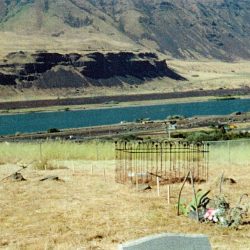 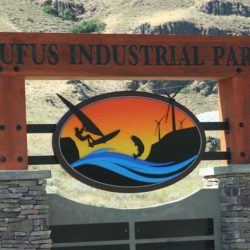 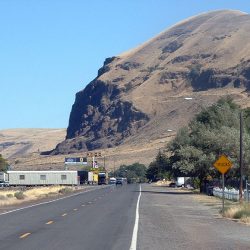 Wallis Station on the OR&N Railway and Rufus were named for Rufus Carroll Wallis. He settled at Chamberlin Flat across the Columbia River in the 1860s, and was instrumental in building Rufus where he started the post office in 1886. He lived on both sides of the Columbia River with his wife Mary and their children: William, Newton W., Rufus, Ida May, Charles W., Harvey, George, Josephine and Harry E. Wallis. Rufus operated a ferry, grain warehouses and other Rufus businesses, including construction and operation of the first hotel in 1890.

In 1926 a golf course was laid out on the Chub Fowler land, attracting golfers from The Dalles, Goldendale, Boardman and Wasco. The links started at the edge of Rufus, continued along the Columbia River highway eastward, then in zigzag fashion back across rolling broken land to a tee between two ravines, one of these a sandy wind blow 20-30n feet deep, the other a grass-covered chasm. Rufus Golf Club was organized with Wallace Jones as president with 22 members. ~WNE, 11 March 1926

Better keep yourself clean and bright; you are the window through which you must see the world. – George Bernard Shaw