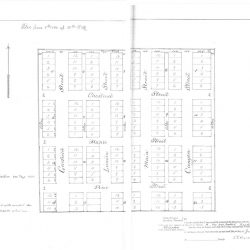 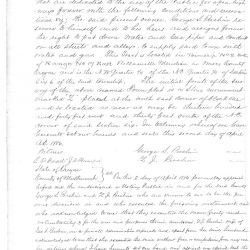 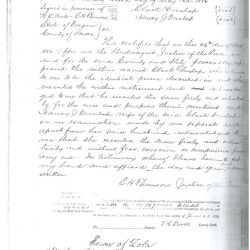 Zola, a Dream of a Town
by Sherry Kaseberg
~ Sherman County: For The Record, 2014

In the April 23, 1954, edition of the Sherman County Journal, it was reported that, “It’s a townsite near where Rufus is now, and much older.

“Everything shows up in time. Digging around in the official records has resulted in the discovery by the late George Updegraff and T. Lester Johnson of the one-time townsite of Zola.

“Zola was a dream of a town by George S. Pershin who laid it out on the Northwest quarter of the Northeast quarter of Section six in two North, 17 East of the Willamette Meridian. That makes it lie just southwest of the townsite of Rufus, cornering that city.

“Although no lots were sold it had streets and alleys. Streets were named Garfield, Lincoln, Main and Canyon and the other way they were Walnut, Chestnut, Maple and Pine, from which a Sherlock Holmes might deduce that Mr. Pershin was a Republican who came from a wooded part of the country to settle on the comparatively barren slopes that stretch toward the Columbia.

“It was laid out June 5, 1886, that being the date of filing the town plan with the county clerk of Wasco county. Mr. Pershin was an early bird who didn’t get the worm, casting some doubt on the accuracy of the saying having to do with birds and worms. In 1886 there wasn’t much in the way of towns in [present-day] Sherman county although Grant was a thriving metropolis on the newly built railroad, Fultonville had a townsite, Wasco was a building on one corner of Clark Dunlap’s land, Moro had been laid out and Dr. C.R. Rollins had platted the town of Grass Valley, driving his stakes deep into the tall rye grass that covered the flat.”

County records describe the venture: “Town of Zola. All full Lots in Blocks 2, 3, 4, 5, 6, 7, 8, 9, 12, 13, 14, 15, 16, 17, 18 and 19 are fifty by one hundred feet. Lots in Blocks 1, 10, 11 and 20 are fifty by one hundred and forty five feet (145). Canyon and Main Streets are one hundred feet wide. Walnut Street is 30 feet wide. All other Streets are eighty feet wide – all alleys are twenty feet wide. All Streets and Alleys laid out and designated in this Plat are dedicated to the use of the Public for open highways forever with the following conditions and reservations, viz; the said present owner, George S. Pershin, reserves to himself and to his heirs and assigns forever the right to put down water and gas pipes and conduit on all Streets and Alleys, to supply said town with water and gas. This Tract is located in Township No. 2 North, of Range No. 17 East, Willamette Meridian in Wasco County, Oregon and is the NW Quarter (1/4) of the NE Quarter (1/4) of Section Six (6) of the said township. The initial points of survey of the above named Town plat is a Stone monument marked “Z” placed at the north east corner of Block One and is located as near as may be thirteen hundred and forty feet west and thirty feet south of the NE corner of said Section Six. In testimony whereof we have hereunto set our hands and seals this second day of April, A.D. 1886.

“State of Oregon, County of Multnomah. On this 2 day of April 1886 personally appeared before me the undersigned a Notary Public in and for the said County, George S. Pershin and Z.J. Pershin who are known to me to be the persons described in and who executed the foregoing instrument, and who acknowledged to me that they executed the same freely and voluntarily for the use and purposes therein mentioned. Z.J. Pershin, wife of George J. Pershin, on a private examination separate and apart from her said husband, acknowledged to me that she executed the same without fear or compulsion from anyone. In witness whereof I have hereunto set my hand and affixed my official seal the day and year in this Certificate first above written. E.O. Dowd, Notary Public for Oregon.”

George S. Pershin (1833-1910) contracted with the U.S. government to survey public lands, and worked with Chancy H. Gossett at one time. He married Zerrildea Jane Gossett in Oregon in 1882 and they lived in Portland in 1910.

Every great dream begins with a dreamer. Always remember, you have within you the strength, the patience, and the passion to reach for the stars to change the world.  – Harriet Tubman